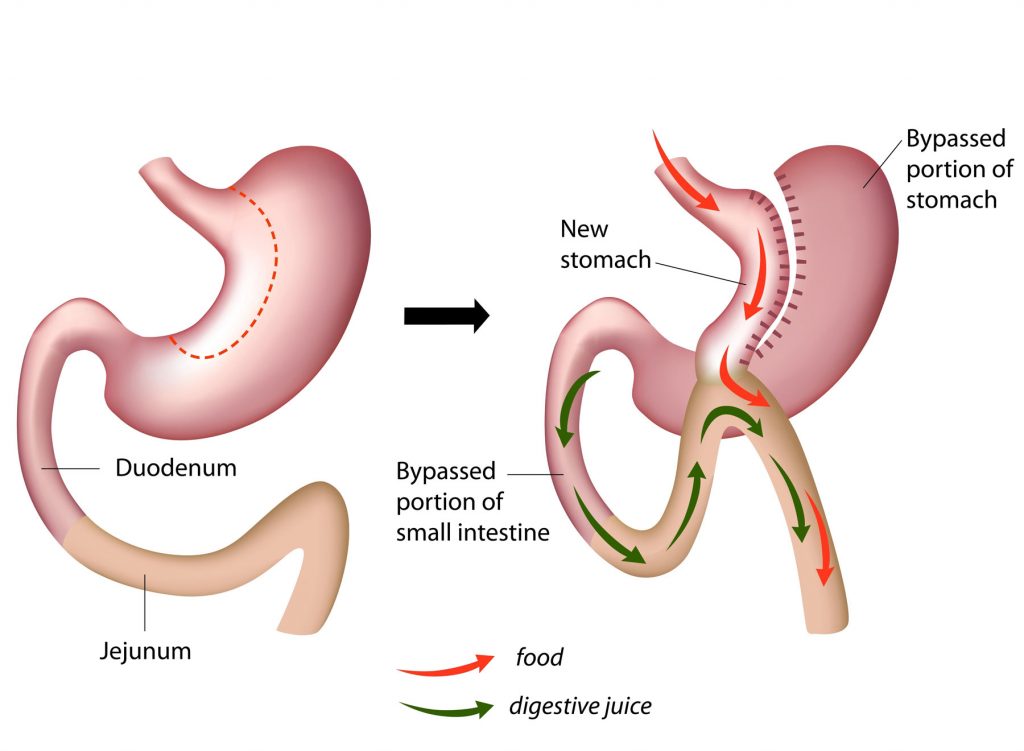 The mini gastric bypass method was invented by Dr. Robert Rutledge in 1997 has gained popularity in recent years. The Mini Bypass gastric method involves separating a very small portion of the stomach from itself so that food and fluids will bypass a part of the small intestine. Patients often go on medical tourism to find the best bariatric facility for them. Mexico has some of the best facilities available with an option to recover in a hotel in San Diego.

Here’s how this method of bariatric surgery is done:

What to Expect Afterward

Patients typically lose between 50 and 80 percent of their excess weight while retaining an average of 60 percent. It’s usually recommended for patients to stick to a healthy diet and develop a physical lifestyle.

Pain and discomfort are common but don’t usually pose a serious long-term problem. Medications can be prescribed to help lessen the more moderate to severe cases. The average stay is about two or three days depending on the patient’s physical condition. Surgeons typically have patients get up and move about immediately afterward to prevent blood clotting. Compression stockings can help with that as well. Patients are typically given a liquid diet immediately afterward and then gradually move on to solid foods again.

The surgery is usually performed laparoscopically so patients get back to their normal routines on an average of two or three weeks. However, those who were athletic or active before may need to limit their lifting movements to 10 pounds for a time.

Other reasons that the mini bypass is effective as a weight loss surgery:

Copyright © 2019 by Weight Loss Getaways - All Rights Reserved. *Individual results are not guaranteed and may vary.* See Disclaimer. Disclaimer: Weight Loss Getaways is a medical tourism scheduling facilitator. We are not a healthcare provider. The information contained on this site is for educational purposes only and does not constitute medical advice, nor does it create any physician – patient relationship. We suggest that visitors to this site discuss information contained herein with their physician.