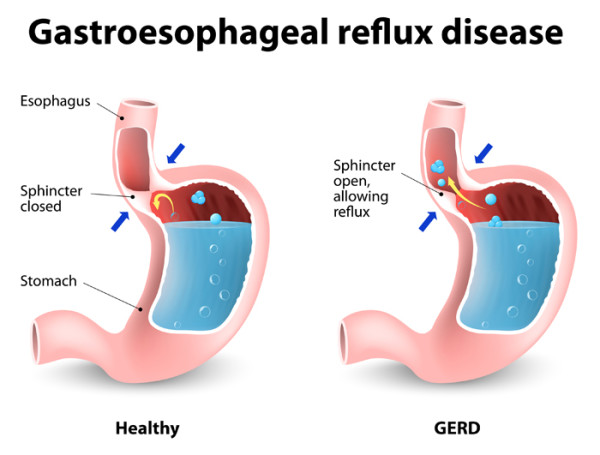 Gastroesophageal Reflux Disease (also known as acid reflux or hearburn) is becoming an increasingly common condition in the United States. Due to the lower esophageal sphincter not closing properly, this causes food and/or stomach acid to come back up into a person’s esophagus which can cause burning sensations, pain, and other symptoms. Reasons for a weak sphincter may be diabetes, pregnancy, certain medications, being overweight, or smoking. It is estimated that at least 60 million people report having heart burn at least once a month.

There have been many studies to improve or cure acid reflux. Surgical Specialist of Louisiana have found a solution and has gained recent FDA approval for their treatment. Their treatment, called the LINX® Reflux Management System, resulted in 100% of patients saying that they saw an improvement in their symptoms of acid reflux during a clinical trial. LINX is a laparoscopic procedure in which the surgeon places a small metal band around the lower esophageal sphincter. The band is made of tiny magnetic metal beads that help to reinforce the lower esophageal sphincter. The bands expand, allowing food to pass through, and the magnetic attraction of the beads help the lower esophageal sphincter close again. With the band, the esophageal sphincter is strong enough to keep the stomach acid down. Studies have shown that many people experience relief from their symptoms as soon as a week after the procedure.

For people who don’t want to go the route of the LINX Reflux Management System, other traditional options could help with getting rid of acid reflux. Doctors encourage weight loss as a means of getting rid of acid reflux so many people turn to weight loss surgery (gastric bypass or gastric sleeve, lap band, etc.). There are a lot of reputable bariatric surgeons in the United States but weight loss surgery can be expensive. The average cost of a bypass surgery in the United States is around $23,000. The average cost of a sleeve surgery or a lap band is almost $15,000. In Canada, the national healthcare system covers the cost, but Canadians may have to be put on a waiting list and would have to wait for years to have the procedure done.

With costs being so high or wait lists being so long, many people turn to medical tourism. Medical tourism is the process of people traveling outside of the country to have medical procedures performed. The average price of sleeve surgery is around $8,000, almost half of the average cost in the United States. Many bariatric centers in Mexico offer all inclusive packages for patients traveling from other countries. Not only do these packages include include everything needed for the procedure, but also hotel accommodations, transportation accommodations, and a companion to accompany you during your visit to the country.

Acid reflux can be extremely annoying and uncomfortable, but there are many options for getting rid of it. Weight loss or the new LINX system are two great options. Either of these options can lead to a happy, healthy, heartburn-free life.

Copyright © 2019 by Weight Loss Getaways - All Rights Reserved. *Individual results are not guaranteed and may vary.* See Disclaimer. Disclaimer: Weight Loss Getaways is a medical tourism scheduling facilitator. We are not a healthcare provider. The information contained on this site is for educational purposes only and does not constitute medical advice, nor does it create any physician – patient relationship. We suggest that visitors to this site discuss information contained herein with their physician.